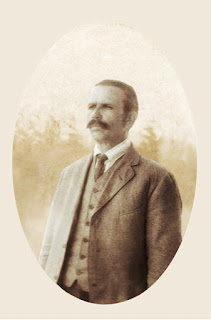 On November 18, 1863, John Julius Wright was born into slavery in Spotsylvania County at "the Blanton farm" near Massaponax. His mother was Louisa Alsop; his father's name is unknown. His step-father was Woodson Wright. As a free person after emancipation, John attended a nearby one-room school for black children on what is now Route 1. As a young student, John demonstrated intellectual promise and an aptitude for learning. 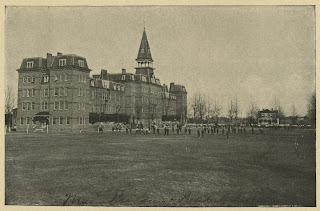 John attended the Virginia Normal and Collegiate Institute near Petersburg, where he graduated with honors in 1894. The Institute was established by the state legislature in 1882 to educate black scholars who wished to pursue a career in teaching. Over the years, the school's name changed as its mission evolved. In 1902 it became the Virginia Normal and Industrial Institute. In 1946 it was renamed Virginia State College. And in 1979 it became Virginia State University.

His education now complete, John returned to Spotsylvania County where he became a teacher at the one-room school where he had once been a pupil.

On February 12, 1896, John married Jennie Garnett, who had also attended the Institute. Like her husband, Jennie also had taught school in Spotsylvania. She died shortly after the birth of their daughter Jeanette in November 1898. Jeanette followed in her parents' footsteps as an educator after completing her Ph.D. at the University of Chicago.

John next married Cora Jackson at Beulah Baptist Church on April 16, 1902. Cora had been a teacher in the Reedy School District of Caroline County. After marrying John, she assisted him in promoting black education in Spotsylvania County. They had one son, Jesse, who was born in 1903. John and Cora also adopted a boy named Randolph Thurston.

John J. Wright believed that the path to success for the black race required the ownership of land and a quality education. During the Jim Crow era, white-led school boards paid scant attention to the educational needs of black children. To help remedy that state of affairs, John organized a meeting of representatives of Spotsylvania's historically black churches. This meeting was held at St. Luke's Baptist Church on July 5, 1905, and the Spotsylvania Sunday School Union was established. One of the decisions made that day was to begin a fund raising effort to build a proper school for black students.

After several years of raising money for the new school, the SSSU had enough resources to buy a 158-acre tract in Snell for $3 per acre. A deed dated January 3, 1910 conveyed the property to John J. Wright and two other trustees of the SSSU. From 1910-1912, plans were made for the new building which were then approved by the County Board of Education. Master carpenter and contractor Alfred "Allie" Fairchild was chosen to construct the school, which was called the Snell Training School (it was also called the Spotsylvania Industrial School). 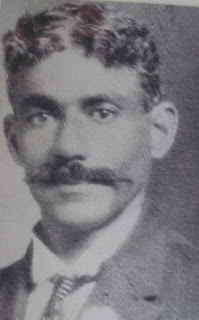 In the fall of  1913, the first classroom was completed and classes began for 47 black students in grades 1-7. The first teacher at the school was Sadie Coates Combs, who had been a student of John J. Wright and had earned her degree at the Virginia Normal and Industrial Institute at the age of 19. 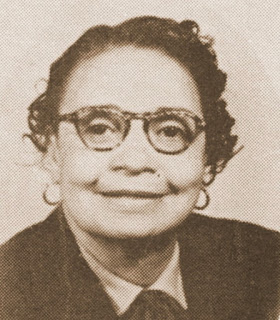 Work continued on the new school, which was completed in 1922 at a cost of $7,500. John J. Wright served as the school's first principal. The building consisted of four classrooms, twelve bedrooms and four rooms in the basement dedicated to feeding the students. Although this school was created to serve black students from throughout Spotsylvania County, no provision was made to provide bus transportation on that scale. If black students could make it to Spotsylvania Court House, the county would then bus them the three miles to the school. For that reason, the Snell Training School was, in part, a boarding school. 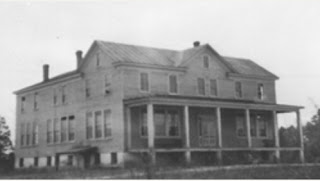 In 1927, the SSSU paid off the remaining indebtedness of the school, and a cornerstone was laid during a well-attended ceremony on October 2. The cornerstone was laid by the Prospect Lodge of Lewiston, assisted by the Prince Hall Lodge of Fredericksburg. In that same year, the building and four acres were leased for 20 years to the County Board of Education.

By 1930, there were 135 students attending the Snell Training School, with a faculty of four teachers. During the early 1930s two years of high school instruction were added and two more rooms were added to the building, as well as some other improvements. A library was added in 1934, and that same year the school was accredited by the State Department of Education. 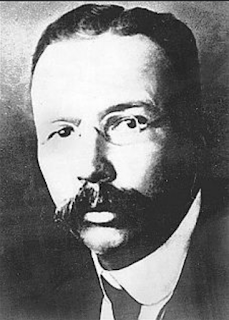 John J. Wright
John J. Wright died of apoplexy while at home on January 2, 1931. He is buried at Beulah Baptist Church. At some time after his death the Training School was renamed John J. Wright School 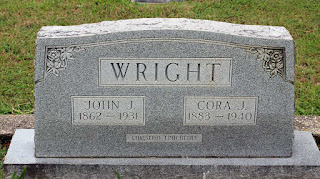 Shortly after 9 p.m. on February 3, 1941, John J. Wright School caught fire. The conflagration apparently was started by an overheated stove in one of the students' bedrooms. 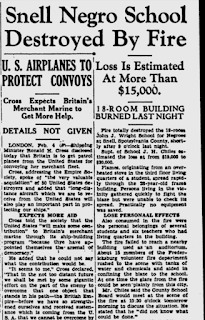 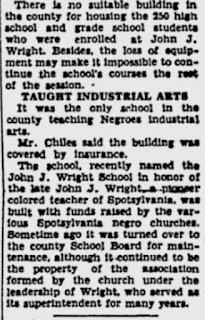 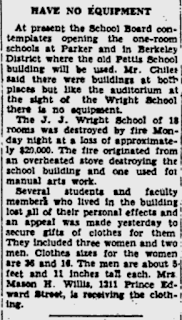 In the immediate aftermath of the school's destruction, the decision was made to modify the surviving building that had served as an auditorium into classrooms. Over time, other temporary buildings, referred to as "tar paper shacks," were built to accommodate the students. The Spotsylvania County School Board agreed to build a new school and pay the teachers' salaries, In return, the SSSU donated to the county 20 acres of the original school site and turned over the $20,000 insurance settlement.

A number of obstacles arose in starting construction of the new school in a timely fashion. Not the least of these was the reality of World War II, which made large projects requiring manpower and materials difficult. Delays were also caused by the insurance settlement, the lengthy negotiation  on the size of the new school, the contract bidding and so on. Ultimately, the Literary Fund of Virginia--a state-sponsored program that made available low-interest loans for school construction--provided most of the funds.

The groundbreaking ceremony for the construction of the new John J. Wright Consolidated School took place on October 16, 1950. The school opened its doors to black students in grades 1-12 in 1952. In April of the following year, the school was officially dedicated

Desegregation of Spotsylvania's public schools began in 1963, when 7 girls ages 9-15 from John J. Wright Consolidated School began attending classes at previously all-white schools. The county's public schools were completely integrated in 1968. At that time, John J. Wright became an intermediate school, serving black and white students in grades 6 and 7. When the 8th grade was added in 1978, the school was renamed John J. Wright Middle School, which remained in operation until 2006. Today the building serves as the John J. Wright Education and Cultural Center.

The primary sources for this article are:
"For the People Had a Mind to Work"
The Development of Education in Spotsylvania County 1721-1944
Spotsylvania Sunday School Union
John J. Wright History

Pat Sullivan
In my companion blogs, Spotsylvania Memory and Rockbridge Memory, I tell the stories of some of Virginia's richly documented historical families. Drawing on original photographs, letters and other source material, I seek to provide an intimate look at the lives of some remarkable people who lived in the 19th and early 20th centuries. My book, "No Matter What Befalls Me: Virginia Families at War and Peace," was published in 2015. It is available from the Orange County Historical Society at: https://shop.orangecovahist.org/shop?olsPage=products/w1502&olsFocus=false All original material in this blog copyrighted 2016.